I made pooldash! I used to care for pools, and now I’m a software engineer (I’ve worked at a few companies, including Dropbox, Cisco, and a bunch of startups). I also made other pool-care apps, including:

I made pooldash for fun, but I hope it grows large enough that I can do this full-time soon. I still get genuinely excited when even a single person uses the app – it’s fun to build useful things, and I love learning more about the strangers all over the world that use my software… I think it’s so cool! 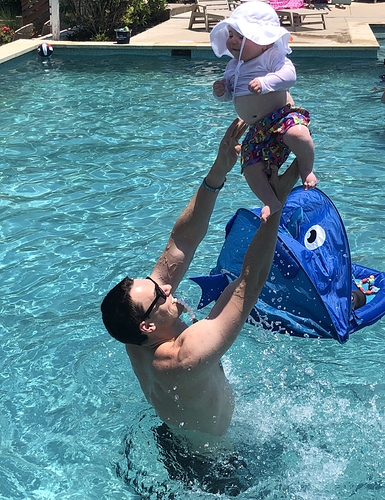 Hi everyone, Dirk from Thailand here.
Ive been using pool doctor for years! Its amazing… thanks very much.
I would like to know what happened to the support with pool doctor? I have sent numerous requests for support over the years but have never received anything in return.
Will pooldash be the same?

Hey Dirk – thanks for using Pool Doctor, Pool Cloud, and now asking about pooldash. I just looked through my old emails and I see your support requests from over the years – sorry for not responding!

I really, really hope that pooldash will be better. I’ve used a different business model, better tech, and a forum for customer support… here’s why I think each will help:

1) Subscriptions: apps require ongoing support & development, so free apps (and 1-time-purchases) aren’t very sustainable. I hope that I can grow my subscriber base (currently at 13 people) to a point where it justifies a significant part of my time, or (ideally) becomes my full-time job.

I’m also trying to be brutally honest with my messaging about pooldash. I used to be unrealistic (or, more charitably, aspirational) when describing my software. I wanted VC funding, and I assumed that I should sugar-coat things, over-promise, and try new business models that depended on unsustainable future growth to stay alive. Now, I firmly reject that culture – I want to build a business that I enjoy bootstrapping.

Rather than trying to “move fast and break things,” I’m going to “move slow & preserve things.” I explicitly state on the homepage that pooldash isn’t for everybody (yet). I’m more interested in building a great product for my current users than in getting X users by a particular date.

2) Engineering: I was clever but inexperienced when I made Pool Doctor, and I was only slightly better when I made Pool Cloud. It was difficult or impossible to actually support the features everyone asked for, and some things just failed outright (for instance, the hosting service I used for the backend was shut down in 2017).

Since then, I spent a few years learning under an incredible engineering manager, and later working on a few other software engineering teams.

Specifically, pooldash is more sustainable due to the dynamic recipe system (I can support all types of pool chemistry), the usage of typescript + react-native on the frontend (it works on iOS and Android), and the custom, scalable backend. I’m also just a better engineer than I used to be, and I’m more careful & slow to release big features like online-backup.

3) Community: I hope this forum helps my customers support each other, but even if that takes a while, it still helps me scale myself by directing similar questions to a single forum post.

From 2010 -> 2015, I responded to almost all of my customer support emails. However, as my career & family obligations grew, I chose to stop. I could have done this more gracefully, but I was overwhelmed, and there was no “light at the end of the tunnel” with my flawed business model.

You have done lot’s of good apps over the years.
And I like them.
As you say in the post, the learning curve is over, and now you know what “not” to do.
“You don’t get this old with out living”

I believe hard in this app, and it’s just right in time.
COVID 19 has change the pattern people spend money. Pool company have there order books full in Sweden. And this is a cheep way to take care of the investment.

So… one year annually subscription coming up,
Thanks for the work.